Is this really true? http://uk.youtube.com:80/watch?v=gA6_k3NtXZs

This is no laughing matter. We are talking about our Constitution.

Exactly how many of these blood thirsty terrorists do you and others think have infiltrated our Senate, Frank? How long have they been there and, pray tell, how is it they can get past the FBI and CIA…but not youtube.com?

What’s funny about it James?

ahhhhh its all spin,… right?

If you dont like the info on the vid,… at least enjoy the music. I like it,… Reminds me of da islands mon.

The people in this film take themselves very seriously. While paranoia is not usually funny, in this case it is.

Here is the one on his website. Notice Race is listed as African, even though it would have been Negroe in 1964 and if it is legitimate, then why hide the certificate number. Also notice there is no seal stamped into it. http://www.fightthesmears.com/articles/5/birthcertificate

The people in this film take themselves very seriously. While paranoia is not usually funny, in this case it is.

Do you think Clinton would have made an issue during the primary? This issue, if it had merit, would have surfaced long ago. Do you really think this has any validity?

Is this really true? http://uk.youtube.com:80/watch?v=gA6_k3NtXZs

And they said Dr. Ron Paul had some questionable supporters, this asshole takes the cake and besmirches McCain even more then his choice in a running mate. :mrgreen:

do you think clinton would have made an issue during the primary? This issue, if it had merit, would have surfaced long ago. Do you really think this has any validity?

(Lafayette Hill, Pennsylvania - 01/04/07) -** Philip J. Berg, Esquire, [Berg is a former Deputy Attorney General of Pennsylvania; **former candidate for Governor and U.S. Senate; an attorney with offices in Montgomery County, PA and an active practice in Philadelphia, PA, who prior hereto has filed a RICO lawsuit against Bush and others for the events of 9/11 and plans to re-file shortly] announced today that he was issuing a call for world leaders to arrest and try Bush and Cheney for the global crimes of 9/11/01.

“Bush and his cronies made 9/11 happen or let it happen. And, if they let it happen, then they made it happen. Either way, they are responsible; and more important, they have completely and unequivocally covered-it-up!”

"Now, it is time for world leaders to take the lesson learned from Iraq and issue a warrant for the arrest of George W. Bush and Richard Cheney; arrest them; take them to a neutral country; try them for the murder of over 2,800 people from more than 80 countries on 9/11/01 and, when found guilty, sentence them appropriately. Jurisdiction would be proper in any of the more than 80 countries whose citizens were murdered on 9/11".

Berg’s a nutbar Bush-hater from way back; in 2001 he asked Supreme Court Justices Thomas, Scalia and O’Connor to voluntarily disbar themselves for their decision in Bush v. Gore. He also sued President Bush in 2004 under a RICO lawsuit on behalf of Willie Rodriguez. 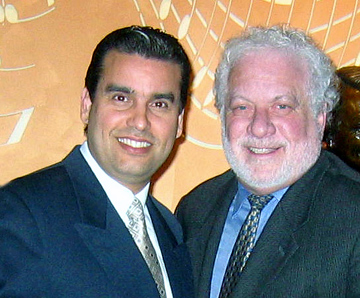 Do you still have the same opinion?

I’ll bet you were just fine with Berg until this latest bit.

I’ll bet you were just fine with Berg until this latest bit.

Now Michael I’m not that bad, I’v had no use for him since I found out he was a big Clinton supporter.