I have a Florida Wind Mitigation client with a strap with two nails securing the trusses. She has inquired about having a 3rd nail inserted and questioned whether a screw inserted in the strap would count. Does anyone have any knowledge of this and if so what type of screw should be used for the best structural contact?

Must be a structurally rated screw. 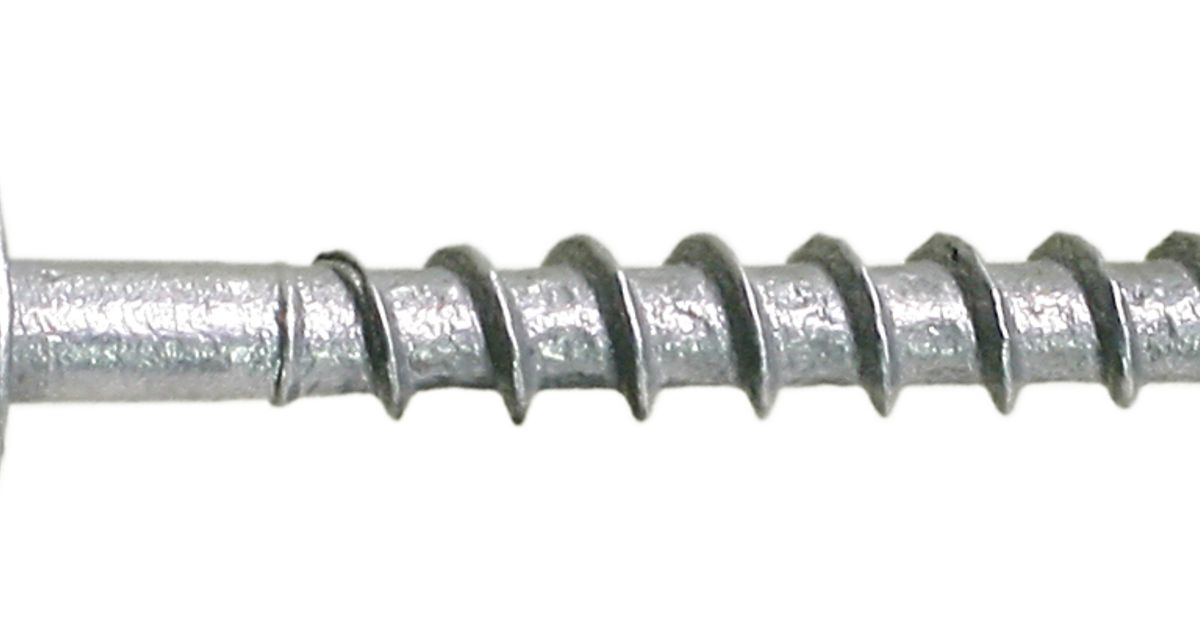 Specifically designed to replace nails in many popular Simpson Strong‑Tie connectors, these screws are easier and more convenient to install than nails in certain applications.

So, do you think if someone just adds a screw or nail to a strap it would automatically qualify for a credit? FYI, on retrofits the FBC calls for four nails, unless properly engineered with documentation.

I have a Florida Wind Mitigation client with a strap with two nails securing the trusses. She has inquired about having a 3rd nail inserted and questioned whether a screw inserted in the strap would count. Does anyone have any knowledge of this and if so what type of screw should be used for the best structural contact?

The following information is taken directly from the FBC Existing. I didn’t post the entire section as it references about 4-5 different application types…but you get the nuts and bolts of it. There is a “rumor” going through the insurance industry that they will be an addendum to the report…either by rate filing or addendum to the form itself…to require 4 fasteners per connection to qualify as a clip. I have my sources looking into it now.

This is what happens when so called “experts” get involved with the forms design who have no idea what they are doing…kinda like an “unofficial workgroup”. The intent of the from is not discounts, and those teaching inspectors that it is are putting Florida families in danger by doing so. This isn’t my opinion, it’s well documents and there are many articles saying this.

If the connection has three fasteners, voluntary or required remediation of the connection may be necessary dependent on the insured or assessed value of the structure. This is what you are supposed to be providing to the home owner, information on when/where they can potentially harden their homes against “wind damage”…or, as it’s more commonly call, “wind mitigation”:

708.8.1.6 Prescriptive method for hip roofs on a masonry wall.
Unless it is possible to verify through nondestructive inspection or from plans prepared by a design professional that the roof structure is anchored at least as well as outlined below, access shall be provided at a minimum to the hip rafter (commonly known as a “king jack”), to the hip girder and at each corner of the hip roof. The hip rafter (commonly known as a “king jack”), the hip girder and the rafters/trusses adjacent to the hip girder that are not anchored with a strap having at least four fasteners on each end, shall be connected to the concrete masonry wall below using approved straps or right angle gusset brackets with a minimum uplift capacity of 500 pounds (740 kg). Adding fasteners to existing straps shall be allowed in lieu of adding a new strap provided the strap is manufactured to accommodate at least 4 fasteners at each end.

*Florida’s efforts to encourage homeowners to harden their homes to better withstand big storms by giving them insurance premium discounts is not getting the job done, according to a report from insurance agents in the state.

The agents say faulty implementation by the state’s insurance regulator — including a misplaced emphasis on granting insurance credits over making sure mitigation efforts are effective– and apparent fraud in the inspection process are largely to blame.

They also say homeowners are being led to believe they are safer, when they are not, and the system is contributing to woes in the state’s property insurance market.

The Florida Association of Insurance Agents (FAIA) issued a report to the Florida Commission on Hurricane Loss Projection Methodology outlining its strong concerns with the state’s hurricane mitigation initiatives. The white paper claims Florida’s initiatives to harden homes against hurricanes is falling well short of its goals.

Florida’s mitigation initiatives were implemented several years ago in an effort to encourage homeowners to harden their homes against storms, using insurance premium discounts as an incentive.

FAIA found varying degrees of both “active” and “passive” fraud at all levels of the state’s mitigation efforts, including misconduct by inspectors, insurance companies, agents and homeowners — all of whom the report alleges either give, accept, or intentionally overlook “false” inspection reports used to verify a home’s wind mitigation characteristics, such as storm shutters.

“The original intent of the premium credit system was to motivate homeowners to harden their homes,” said Grady. “However, it doesn’t work if homeowners get the credits without having to make the upgrades. Even worse, they get an inflated credit for something that doesn’t really protect their families or their home in the event of a storm.”*

What happen to the roughly 3,000+ MSFH program inspectors after the program was ended? They were grandfathered into home inspector licensure and are teaching you wind mitigation…

Drink this in, it’s what I have been telling educators who don’t listen because their egos are too big:

*The report says the flawed premium credit system leads homeowners to believe their homes are safer than they really are.

“This false sense of security ultimately could result in the loss of lives — lives that could have been saved if homes were hardened appropriately,” the group warns.*