This is a particularly good graphic to use in your reports...

Why are you recommending end cap at that dormer?

So that the water goes out of the drop outlet.

I see this on almost every 2-story home. Thanks for the graphic.

I was assuming that to be a down slope.
But you are correct the downspout is not at the other end.

How does this factor into concrete tile roofs?

I use this graphic alot, see this on alot of open porches with gutters that have no endcaps. Water runoff will faster deteriorate the roof covering and be prone to water leaks.

How does this factor into concrete tile roofs?

Probably more of a bio-growth issue in that instance based on what I’ve seen.
Really is a typical installation as mentioned already. Don’t want those ugly downspouts on the front elevation you know. :neutral:

It does not void the roof warranty, but it does void granule loss in the discharge area. Here is GAF’s information on the situation.

The valley flashing as illustrated appears to be installed over the roof shingles. Perhaps it should be revised.

And or no roof drainage over lower roof…Very rarely do I encounter gutters let alone end caps. How about a graphic of No gutters installed over mechanical equipment. 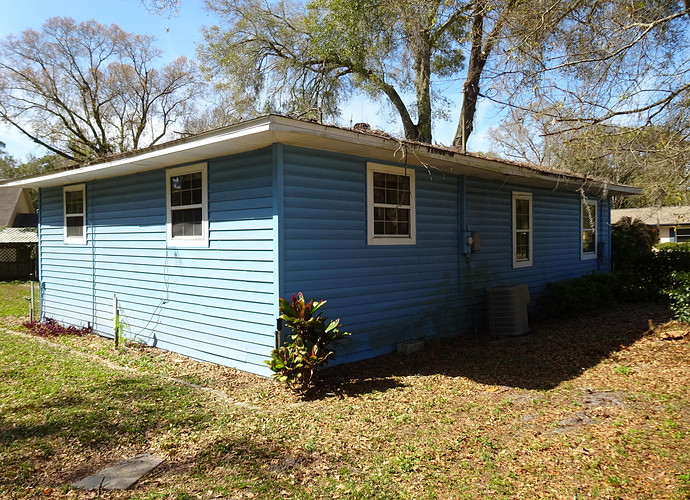 I bought the graphics on DVD a few weeks ago. I haven’t started using them in my reports yet, but I do think it will be a good add.

Great graphic. I actually spent 4 days on a high end ($800k) home roof here last year closing the gutters at both ends and putting downspouts in place down to the mainroof gutters. Also had to replace all of the corners because the installer cheaped out after running continuous gutters and then just bent the edges over and sqeezed in a ton of silicone on the joint when it was built 7 years ago. Every joint leaked and there were 23 of them along with 5 downspouts. I used manufactured gutter corners sealed with “Gutter Seal” clear caulking made by GE Silicone II and riveted together. No more leaks and client is extremely happy. This stuff once glued together I find you almost destroy the gutter trying to take it apart.

And or no roof drainage over lower roof…Very rarely do I encounter gutters let alone end caps. How about a graphic of No gutters installed over mechanical equipment.

We have created this graphic for you and posted to the graphics library!