Hey Paul, here is a good one

Here is that one I had mention was a DIY’er.:eek:

How many violations can you spot?;-) 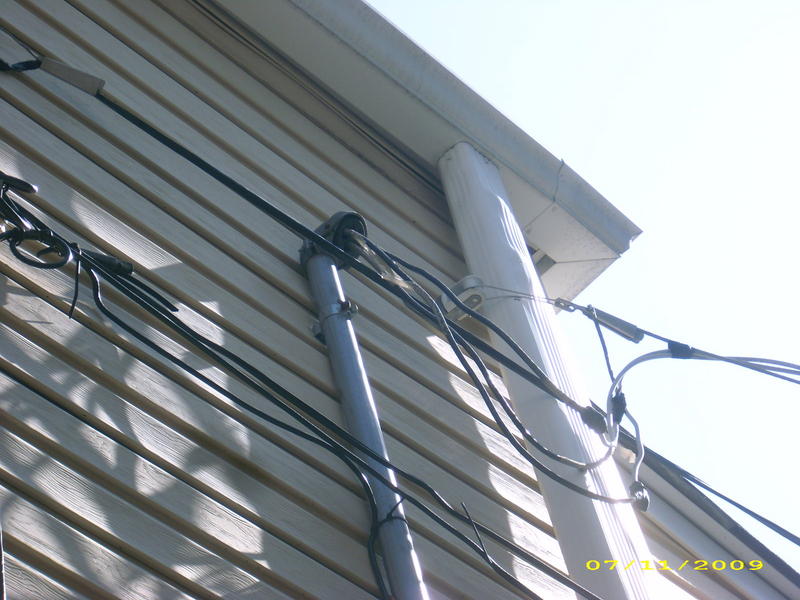 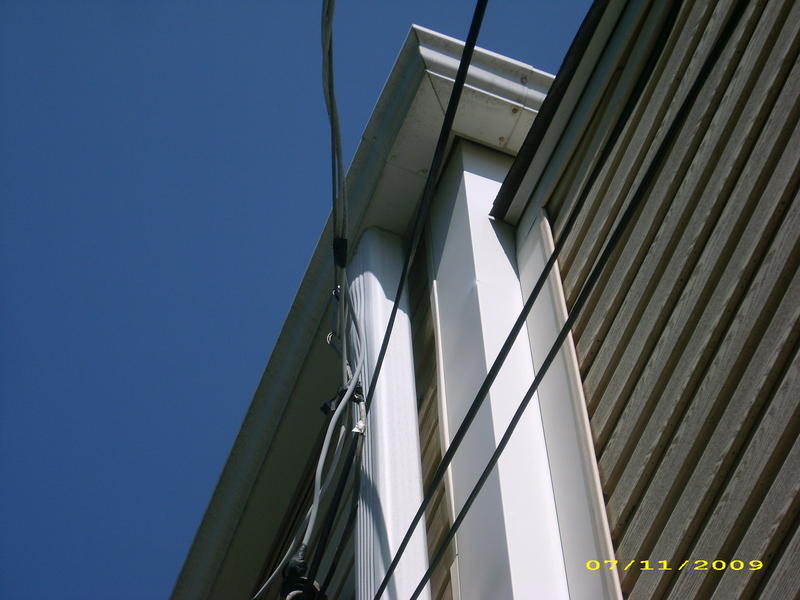 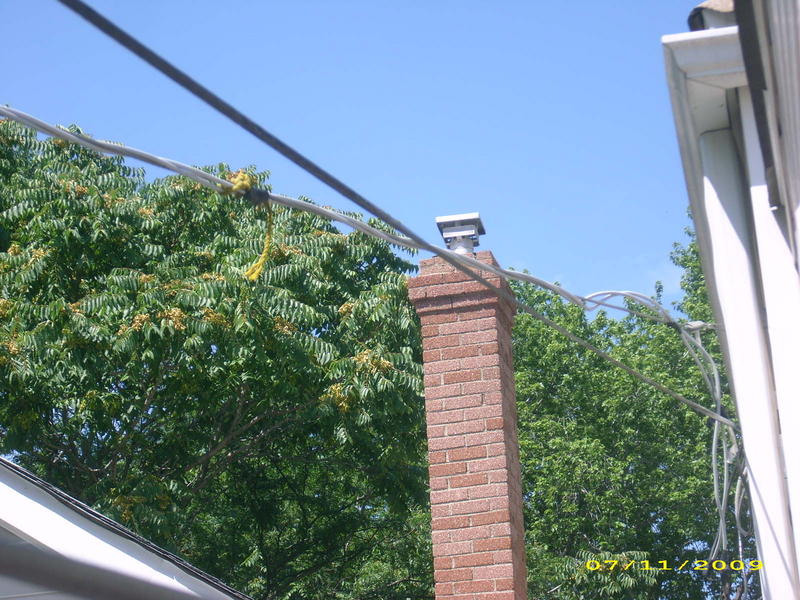 From the picture it looks as though the messenger wire is missing but the rest looks like AT&t installed the hooks to high .

How tall was that chimney?

The photo with the chimney is not what is appears to be due to angle and point at which I took it. That is the house next door. Ignore that.

On the other hand the wires coming to the subject house in this photo are one more of several issues in the list The whole dang thing is FUBAR’ed to begin with.

It looks like the one hot leg splice is bare and up against the downspout.

The mast should not be used as support for the phone or cable line.

The poco anchor is higher than the mast head.

lol…Is that the one you called me about. It was you that called me right…lol…man I am sorry as I forget names alot.

The poco anchor is higher than the mast head.

Please expand on this…

Jim is refering to the following I am sure :

Jim is refering to the following I am sure :