How to Fix the Inflation Problem Instantly and Permanently

Simple. Inflation is too much money in the system chasing too few products and services. So you want to reduce the money supply while increasing production.

But first, as a little side note: The reason the money supply is so big is that the federal reserve has to keep printing money (“inflating” the money supply) to cover the costs of our government that are above and beyond what they collect in taxes.

Back to fixing inflation: To relieve the federal reserve of having to inflate the money supply to pay for government, simply begin to reduce government by laying government employees off and not replacing retiring employees. If this means entire agencies have to close, so be it. The Constitution enumerates the federal government’s duties to only a small handful. Everything else the government does and collects taxes for is unconstitutional (“illegal”). So slowly shut a lot of it down. That solves the money supply problem as the federal reserve won’t have to print any more money to cover the government’s bills.

But wait, there’s more: All those unemployed government employees being thrown back into the productive economy will start working on producing products and services again. They’ll get jobs or they’ll start businesses or whatever. They’ll make stuff and offer services we all need and want.

Every government employee that is let go not only reduces the amount of money the federal reserve has to print, but then also increases production of products and services.

The natural state of prices is to go down, not up. We had no inflation in America for 150 years. We shouldn’t have any now.

Get off fakebook, glue go and tweaker. If you have a cell phone you are under surveillance by the DS and FBLie 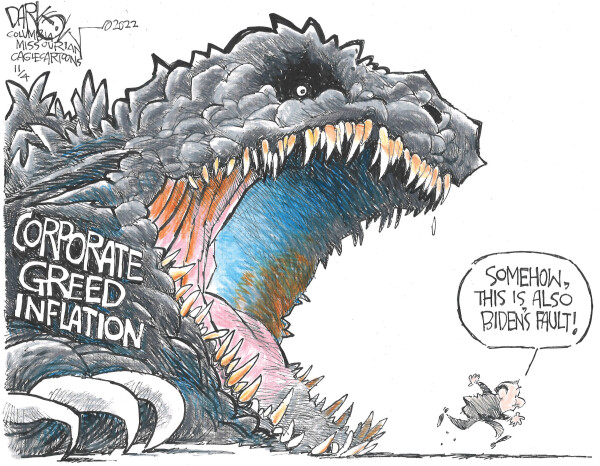 Yes, but corporations can and do sell us products that are increasingly inferior in quality and volume, often while raising the price of the product. This is called stealth inflation. 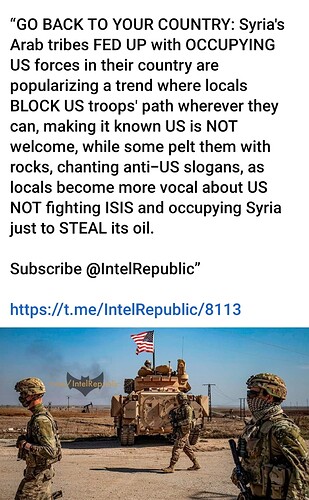 But wait, there’s more: All those unemployed government employees being thrown back into the productive economy will start working on producing products and services again. They’ll get jobs or they’ll start businesses or whatever. They’ll make stuff and offer services we all need and want.

Why don’t we cut back on foreign spending instead?

Notice that the spike actually was in March of 2020, during Trump’s reign. The result of lower taxes for big greedy corporations in 2019. In fact, the increased amount of money in circulation was greater between March 2020 and January 2021 (when Biden took office) than it’s been since January 2021.

Biden doesn’t know what his name is, Obummer is his puppeteer.

wonder which end of the hammers paul pelosi and his gay hooker were 'hitting" each other with at 3am?

We were thinking the same thing.

Notice that the spike actually was in March of 2020, during Trump’s reign.

It is true that they printed more during Trump, about 5 trillion extra, but Trump never spent it, so it never entered the economy and thus didn’t cause inflation. He only had it ready in case the pandemic got really bad.

Yep! They printed a few billion for “The Wall” that was never spent.

“Upon taking office, Trump directed the DHS to begin work on a wall.[440] An internal DHS report estimated Trump’s wall would cost $21.6 billion and take 3.5 years to build (far higher than the Trump 2016 campaign’s estimate ($12 billion) and the $15 billion estimate from Republican congressional leaders).[[441]]”(Presidency of Donald Trump - Wikipedia) In a January 2017 phone call between Trump and Mexican president Enrique Peña Nieto, Trump conceded that the U.S. would pay for the border wall, not Mexico as he promised during the campaign, and implored Nieto to stop saying publicly the Mexican government would not pay for the border wall.[442] In January 2018, the administration proposed spending $18 billion over the next ten years on the wall, more than half of the $33 billion spending blueprint for border security.[443] Trump’s plan would reduce funding for border surveillance, radar technology, patrol boats and customs agents; experts and officials say these are more effective at curbing illegal immigration and preventing terrorism and smuggling than a border wall.[[443]](Presidency of Donald Trump - Wikipedia)

experts and officials say these are more effective at curbing illegal immigration and preventing terrorism and smuggling than a border wall.

. Or, they could just do nothing.

Well, I don’t agree or disagree with their statement. Just making a statement that promise was not kept, billions of tax payers dollars were set aside, and Mexico’s President told Trump to shove it up his ass. “Estas Despedido!!!”

Yep! They printed a few billion for “The Wall” that was never spent.

Unfortunately. And that lead to all that laced fentanyl coming across the border, which killed my son almost instantly. Using drugs has consequences… but so do elections. Vote on Tuesday.

And that lead to all that laced fentanyl coming across the border, which killed my son almost instantly.

Sorry for the death of your son Nick, but politics had nothing to with it. I’ll leave at that, and won’t comment any more to you or on this thread. #Forwardparty!! Believe!!

You are wrong Nick. That’s not even how it works. The government doesn’t “print” money and then spend it to put in circulation. New money is created in the form of credits. Trump created more money in his last ten months than Biden created in his 22 months in office. The graph I posted is accurate.

I’m so sorry for your loss, Nick. I can imagine no greater pain than the loss of a son or daughter.