I’m pleased to announce that our new training app is available on the Apple App Store. An Android version is also in the works and will be released in the coming weeks. 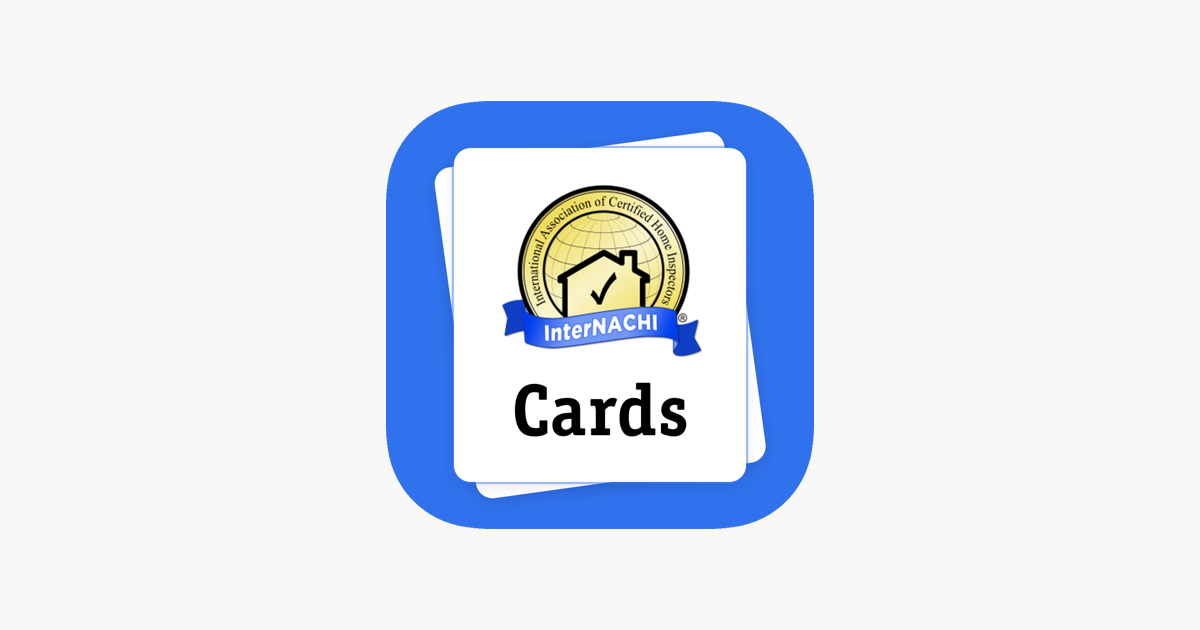 ‎Study for your home inspection exam in a quick and intuitive way! InterNACHI's training cards app lets you quickly study from our wide selection of practice questions. We use state-of-the-art spaced repetition algorithms to ensure that you see the...

The app pulls from our huge selection of practice questions and presents them in flash card format using spaced repetition memorization techniques. If you’ve ever used a learning app like Duolingo, it’s similar technology. Questions are repeated at different intervals depending on how well you know the material, and new questions are added to the pool when you’ve shown mastery of the initial selection.

It’s meant to be a quick study tool that you can pull out anywhere and practice for a few minutes to a half-hour. I hope you enjoy!

Awesome. It will be great when the Android version gets released.

Nice. Downloaded and will explore it this weekend

Nice, waiting for the Android version.
thank you

awesome, is there going to be a charge for this app?

is there a android app yet ?

I put it on my I Phone, runs well nice layout - good stuff!
There is no directory or index to search, just the random questions pop up one after the other.
I think it would be more helpful if you could go to a selected category for the questions.
Don’t get me wrong here, great stuff but kind of basic.
It is much appreciated!

awesome, is there going to be a charge for this app?

I think it would be more helpful if you could go to a selected category for the questions.

Thanks for the feedback! We certainly have lots of other resources for more focussed study, so our focus with this particular app was quick and easy. Ideally, you may run through 10-20 questions on this instead of checking Facebook for the 30th time this hour

Sometimes truly random can feel “not quite random” because we tend to see patterns that computers do not. The app selects questions and answer order completely randomly.

How soon before the Android version gets released. I am always looking for useful tools.

Sort of frustrating that the majority of seminars, events etc are only located where plane transportation is required.
Why not Boston or Rhode Island or Ct?

Am I missing something?

A beta has been submitted to Google Play. Just waiting for Google to approve.