Inspected a house in the city that had an active sump pump draining into the city sewer systems. Thought this was a no no? 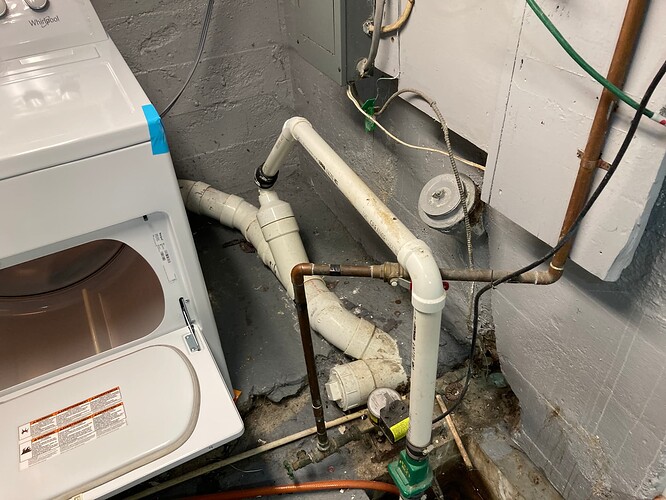 Thought this was a no no?

Depends on the AHJ. Some cities allow it.

I am not aware of any jurisdiction that will allow stormwater to be pumped into the sanitary drain system where it needs to be treated by the city. definitely call it out for evaluation by a local plumber, they will know the local codes.

was it a storm water sump ? or maybe did the washing machine and utility sink terminate there…it makes a difference…

I am not aware of any jurisdiction that will allow stormwater to be pumped into the sanitary drain system where it needs to be treated by the city. definitely call it out for evaluation by a local plumber, they will know the local codes…

Here is one near me that allows it in the winter. Very cold here, lol.

Welcome to City of Willmar

Ryan that’s a first for me. It sounds like you folks in Minnesota have to re-pipe every couple of months. I don’t see that happening in this particular arrangement it looks fairly permanent.

It’s usually done with a diverter valve on the PVC line inside the home. Both methods are hard piped and you just change the valve depending on the time of year. I have a picture somewhere of a recent one I think. I’ll post it if I find it.

It sounds like it’s best practice to recommend evaluation by a local plumbing contractor as they are aware of any city ordinances.

@mwilles I was reading up on what codes were accepted in some local towns not long ago and found one that allows it. I thought it was illegal myself until I read that. It was a mountain town so maybe it was adopted due to freeze issues as well. I forget what town it was but will try to find the link.

Michael The United States follows either the UPC or the IPC so I will assume cities will need an ordinance to vary from the code.

This isn’t my picture because I gave up looking for it. But this is similar to what I see in some areas that allow it. I also see it in some areas that don’t allow it, lol. More and more cities, even in frozen MN are discontinuing the practice due to outdated treatment plants that can’t handle the excess capacity. 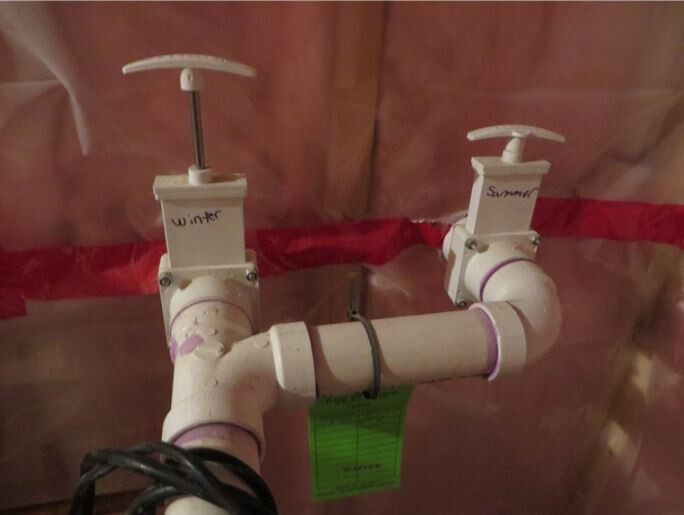 A tee on its side OK

even in frozen MN are discontinuing the practice due to outdated treatment plants that can’t handle the excess capacity.

This was allowed in the suburbs of Chicago in the 70s and has been slowly discontinued because millions of gallons of water were being treated with every inch of rainfall.

Most cities around here usually adopt code versions that are older and don’t keep up with the times (2018 versions are the newest I have seen) and most will adopt some changes in the form of amendments. I started doing homework and keep notes so I know what city/town follows what. It makes it a pain in the arse really. Some local towns still allow codes from the early 2000s. I’ve called things out that were actually acceptable per the AHJ, so that’s when my research began.
I still call out things but tweek the report language for things like that. Just because it’s considered acceptable by an AHJ doesn’t make it right.
As far as the OP situation, I agree, call it out and let the local plumber say yay or nay.

As an aside, don’t forget to mention the lead water supply pipe in your report, if you haven’t already.

Where do you see a lead water supply?