Anyone see brick mortar joints so close together? Is this just another installation method? Is there a downside to this? The brick at the right side is the attached home to the home I inspected on the left. The home at the right has obviously been re-pointed. Should that tell me something? 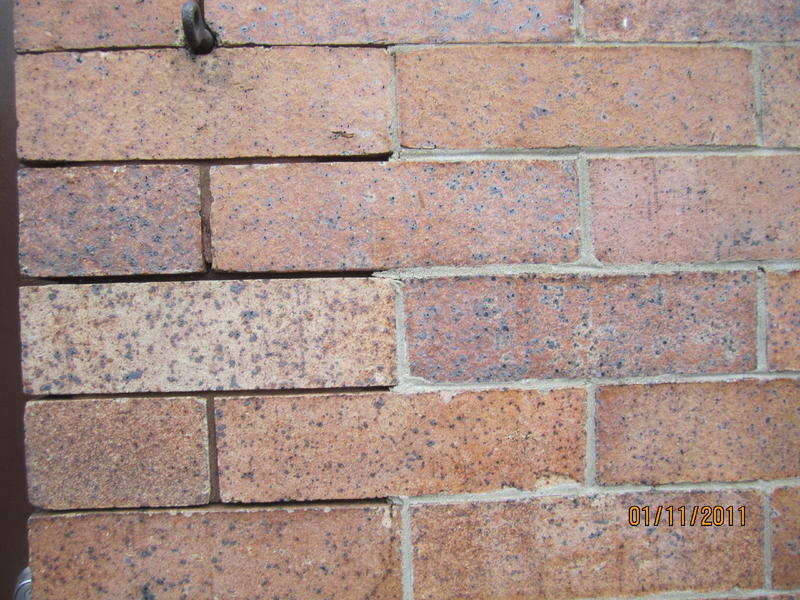 Is that Brick Veneer ?
Not much showing to tell what is causing that.
How is the exterior wall covering flashed?
Too many questions.

Is that Brick Veneer ?
Not much showing to tell what is causing that.
How is the exterior wall covering flashed?
Too many questions. 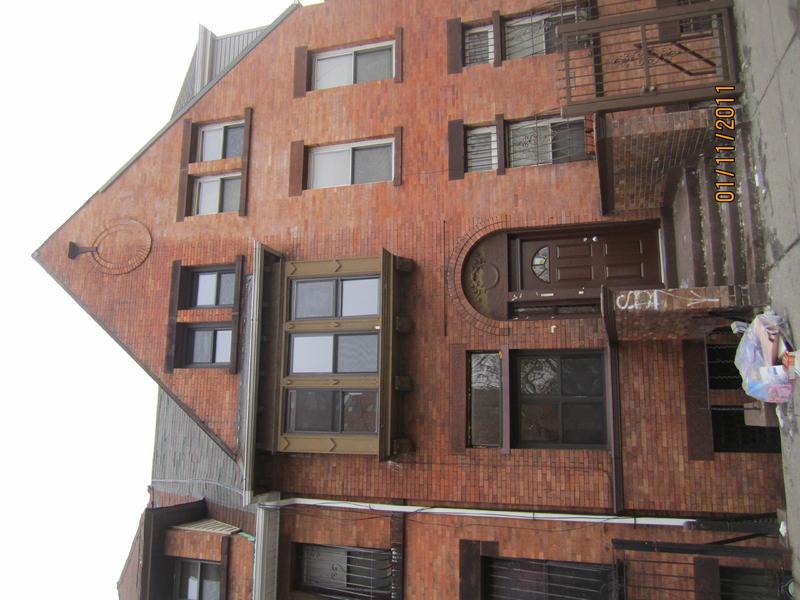 John that building looks to be at least 75-100 years old and in not going anywhere.
Forget the brick and the lousy way the neighbors did not tuckpoint together as their should have been an association for that property though obvious there is not.
First you have a tall long valley dumping into a little gutter and the loose mortar may be related however I also see some kind of open cell foam being used around the framing for that fixed window above the metal frame double hung set on the first floor.
Back to the roof the tile looks to be in last third of its lifespan with all that buckling though the Coaxial TV cable running loose over the roof is not helping…
They need tuckpointing and that type of brick looks glazed so they need to use soft lime based putty that will let moisture escape as I bet that downspout is adding water to the side in your first picture.
Forget the space size as they are not going to rebrick that cool looking old dame.

Just noticed they put vinyl siding on the back.
How was the place? as I notice it is a graffiti area.

Just noticed they put vinyl siding on the back.
How was the place? as I notice it is a graffiti area.

Not a great neighborhood in Brooklyn, NY. Across the street from a public housing apartment complex. The interior of the building was completely renovated, but lots of issues, mostly because the labor force around here is usually unqualified, unlicensed (in a trade that is) immigrants who are not supervised. The developers know as much about proper construction methods as my 8 year old daughter. Sad but true. I’m doing the inspection for an Israeli investor. Don’t even ask if there was a permit or local code inspections performed. Not a single smoke detector in the whole building, and when it’s all said and done there will 20 people living in this building.

Just watch for bad steps in back.water in the basement.
Stone foundation i bet and hope they did not drywall but am guessing they did.
Am I good or what:)

(almost forgot)
Be a hero and add the city graffiti removal dept # in the report.

I have seen my fair share of butterfly joints as the pointers call them in Montreal Quebec.
I have never laid joints that are 1/8 and happy I did not.
I have repaired some but not many.
I open the jointing a little further with a thin segregated diamond blade 4.5 inches wide( Radius. ) and insert cement at a ratio of 3.3 sand ( fine sand ) to 1 cement or masonary that is very wet.
Its messy and the clean up is a bear but looks great and lasts if uyou can go at-least 3/4 into the joint.
Most of the time I just rebuild the wall but its hard match because you have to do large fields to meet up patterns and bond some how.
Hard to do when matching 5/8 with 1/8/ You have to go 5 courses and try to work it in if you can. You use a masons tape, or make a story poll out of furring and see when you can do a match-up ( come into the wall at what point without disturbing the bond). Not easy some times.
If not its a rebuild.

Nice old masonry work. Lots of patterns and look at lentils. Large radius, long-lasting masonry not used any more.Wood lentils ? If they are its turn of the century 1890 plus.
Lots of that stuff in Montreal.
Were is the location?
It must have been an exclusive area at one time.
Look at iyt his way. When you make the joints larger < bed head and butt joints you use less brick and layout faster.
The whole job goes quicker.
Lots of Jumbo, max. CSR, Ontario that’s what I have used over 20 plus years now, modular , king, queen etc.
Makes the job go faster.
http://www.capbrick.com/bricksiz.htm
Here is a quantity and weight sizing site.
http://www.csgnetwork.com/brickgeninfocalc.html

Darn just realized the first shot is half way up the doorway on the right side.Arched brick design lintel.