We deserve to see them all.

I agree, however the justice department is taking it’s orders from (through) the media, literally.

From the article:
The attorney general’s deliberative approach has come to frustrate Democratic allies of the White House and, at times, President Biden himself. As recently as late last year, Mr. Biden confided to his inner circle that he believed former President Donald J. Trump was a threat to democracy and should be prosecuted, according to two people familiar with his comments. 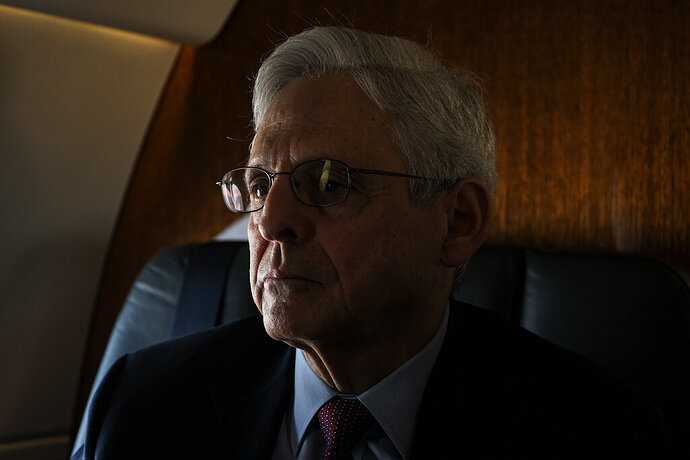 The inquiry is a test for President Biden and Attorney General Merrick B. Garland, who both came into office promising to restore the Justice Department’s independence.

They are waiting for the landing field to be created, the flight systems to be installed, and the FAA Controllers to be trained on how to manage flying pigs. Then when pigs start flying and landing at the new field they will consider your question.

We deserve to see them all.

What emails are you looking for, the ones from her private servers when she was Secretary of State or the ones stolen by the Russians during her campaign?

And when outrage and frustration erupts, they already have a name for it, radicalization.

Funny how the “will to prosecute” only applies to one side.

Are you making some comparison between Hillary‘s case and someone else?

Absolutely. I’m not saying Trump shouldn’t be, I’m saying others should be as well.

They will find a way to charge Trump, either by the law or other. All the while ignoring all the things mentioned in this post.

There is a significant loss of credibility with the DOJ with at least half the country. If I were Garland, I would do everything in my power to correct this. But he won’t.

He will sing pretty songs and speak eloquently which will satisfy the media and his bosses base.

Are you making some comparison between Hillary‘s case and someone else?

Yes. If the raid is all about so-called “classified documents”, then why wasnt anything done to Hillary when she deleted 33k classified emails from her a private server, AFTER she was subpoenaed to turn them over? And why isnt anything being done about Hunters laptop, that they have had for over 2 years now. And why isnt Biden being investigated after lying over and over again that he knew nothing about Hunter’s business dealings, when there is overwhelming evidence that he was involved. The “big guy” is a threat to the country, and a traitor.

Nancy Pelosi’s son and husband are also ones that are “above the law”, and should be investigated.

Nancy Pelosi’s son and husband are also ones that are “above the law”, and should be investigated.

How did you like that midnight hour judge swap for Mr. Pelosi? That was slick.

Funny Nancy is the one saying “nobody is above the law”… I guess she is a nobody! HAHA

Funny no one is mentioning Kushner’s investigation with the Saudis. Guess it’s “fake news” … 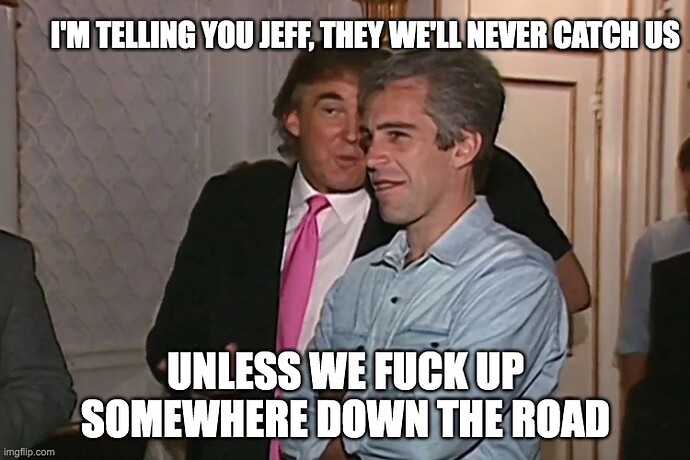 Funny no one is mentioning Kushner’s investigation with the Saudis. Guess it’s “fake news”

I say bring it. One for one, I am down for it. Hunter and Jared equally.

I say bring it. One for one, I am down for it. Hunter and Jared equally.

The Biden’s have nothing to do with Trump’s crimes against all Americans, but don’t let reality cramp your style… 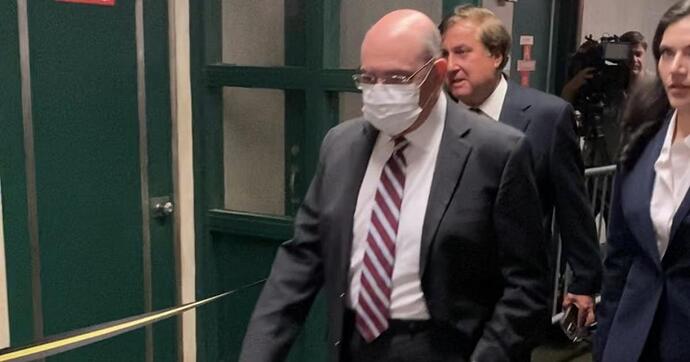 Weisselberg and the company had asked a judge to dismiss criminal fraud and tax evasion charged against them.

Prosecutors said in a May 23 filing that the Weisselberg investigation was spurred by a Nov. 2, 2020 Bloomberg article about perks Weisselberg allegedly received.

“The article outlined many of the key facts relevant to the crimes charged,” Manhattan prosecutor Solomon Shinerock wrote in May.

The Trump Organization was accused in July 2021 of providing executives with lavish untaxed perks, which prosecutors called “indirect employee compensation.” Weisselberg, a 74-year-old who had been at Trump’s side at the company for decades, was accused of receiving $1.7 million in perks — including an apartment and car.

The Biden’s have nothing to do with Trump’s crimes against all Americans, but don’t let reality cramp your style…

No, the Biden’s have their own crimes against all Americans separate from Trump.

Astonishing there is “no will” to prosecute. It’s literally in our faces.

And not to burst your bubble, Trump has not been charged with a crime.

Trump has not been charged with a crime.

That’s why they collect the evidence first, no?

On Thursday, Attorney General Merrick B. Garland made a public statement saying he had personally authorized a search warrant being executed on Mr. Trump’s property, and he indicated that the Justice Department would only have made such a move after trying less invasive measures.

And when outrage and frustration erupts, they already have a name for it, radicalization.

Seems I remember Ken Star spending many millions of tax payer $$$ for a 4 years long investigation (White Water) that ended up getting Clinton on a lie he told about a consensual blow job.

Fact of the matter is, regardless of which political party one belongs to, the law applies equally to everyone, including Clinton, Trump, and Hunter.