"You relieve the hydrostatic pressure by drilling weep holes"

short video http://www.youtube.com/watch?v=W-VgKiB5pAk
:45 “You relieve the hydrostatic pressure behind the wall by drilling all these little weep holes”

All due to ‘Peg’ but geeeeeeezus Christmas man, you do not know what your talking about.

You should take the $1,000 or whatever the cost for that garbage is and use it to pay for exterior waterproofing in the area(s) needed!

ALL anyone is doing, by drilling these stttoooopppppiiiidddd holes is, letting water that is getting into the blocks, out. Water will CONTINUE to get INTO the SAME blocks (and weaken mortar joints etc), because you FOOLZ did not, have not, fixed/waterproofed the exterior cracks etc! You have NOT relieved pressure against—the–wall!!!

Here she is again…another short video


:25 “When it rains, water leakage at water line… at–near corner”

That’s because there are exterior cracks in the STOOOPID basement wall(s) and an opening/crevice/gap on the outside of wall where that STOOPID line goes through the STOOPID wall!!! Hello!

And your not going to stop–prevent mold, efflorescence either with any interior basement system, your out of your minds. Drrrrrrream on. Hope, pray for a stooooopid miracle, un—be----lievable shtt many people do/try and WASTE their money on.

Then some of these same people will sell their house and actually say they, tell buyers, the basement, ‘has been waterproofed’/ BULLLSHT, no it hasn’t.

And here, lolollll is a home inspector in OHIO-----land who posts an article written by a turd who actually recommends the CRAP the lady in videos bought #-o#-o#-o
http://activerain.trulia.com/blogsview/90200/drying-out-a-wet-basement--by--john-d--wagner ](,)](,)](*,)
WHY go and post some bulllshtt on a subject your NOT an expert on, your misleading/screw’g over homeowners/sellers/bueyrs… yes U are!

These same kinds of TURDZ need to come up with a gutter system for leaky ROOFS.
Sure, why the fk not.

INSTEAD of going outside and up on duh roof and locating/identifying and then fixing the actual problem where the water is getting in, stay inside and go up in your stooopid ATTIC and DRILL some holes through the roof to the outside and install a gutter system to channel the incoming water to your toilet and then say/claim, you relieved hydrostatic pressure against your roof!!! Idiotzzzzzzzzzzzzz

I totally agree with you about fixing the exterior first, but houses with block basement walls are known to leak because not all blocks are filled with concrete (usually just the corners and one every 4 or 5 feet) in pre 1980 homes. Concrete is pourus and can leak. If exterior draining does not work, then attention to the inside is needed. Water is getting in the block and if it continues to sit there can cause damage to them. Weep holes allow the water to drain which is fine. Some new homes actually install 1" pvc weeps into walls with a drain in the concrete floor that is completely hidden.

Do some homework before you think you know everything… I’ve installed this same product and also Watershield with only great results.

Eh Greensburg butt—brain, god are all of you people dumb shtts or just high from doing 100 lbs of heroin rekkkkktally everyday… which is it dumbazz?

Find/determine where the water is getting in… THEN fix/repair/waterproof whatever the openings/problems turn out to be… THEN, IF…IF
IF (azz hole) there is water remaining in some of the blocks, as I have said nth times, one can drills holes on the inside to let that water OUT, THEN SEAL the stupid holes you just drilled!!!

Moron… most block walls we have seen were not filled, jesus. 37 yrs of doing this job, hmmm, and you say you have supposedly installed Waterguard huh, hahahhahhaaaaa, what a stupid joke first timer, you sukk too

Got that pathetic-inspector? Bunch of sad mfrs.

and Greenie-dumbazz-burg… go ahead and post some real photos or videos of leaky basements where you supposedly installed Waterguard system, POST them HERE, lets see your shtt big mouth.

Do you want to learn something today Greenie or not?

2 short videos, SAME house/basement… an interior basement system was recently installed (BEFORE the wall bowed in!)… cost a lot of umm ‘green’ to install this piece of junk water --diverting system, plus there are 3 sump pumps, chump-dump! And lets not forget, they DRILLED HOLES in the blocks, got dat?

This next short video, same house, he quickly shows the inside and then go outside

Had the contractor/company been HONEST and EXPERIENCED, they would have explained to the homeowner to have exterior waterproofing done, NO interior junk… because there already were EXTERIOR cracks in the block walls! That’s where the water was getting into the hollow blocks!!
Plus one would have relieve/reduced lateral soil pressure against the wall(s) by backfilling with all gravel!! Got it?

So in would NOT not NOT have mattered, at all, what TYPE of interior system was installed at this house, or any dang house when the actual problems are exterior cracks in block walls and other exterior openings which IS why most basements leak/seep, is why most get some mold or efflorescence on some interior blocks… would not have mattered as the problems were exterior cracks plus lateral soil pressure (which none of these interior systems relieve) which cause many cracks in walls, and cause walls to bow in… duh!!!

Then we have some basement walls that crack and then leak due to underground tree roots against the wall, interior systems (Waterguard etc) do NOT remove any roots, concrete, porch footings etc that cause cracks, leaks.

BACK to that cheap O waterguard system video… 1:00 NOTICE when they put the concrete back, its going to be around 2" thick, THIN! NOT code chump.

Then add, again… for the 8 millionth time, that the water is getting INTO the hollow block walls through exterior cracks and–or other exterior openings and water will CONTINUE to enter the block walls UNTIL someone with a BRAIN goes outside and waterproofs the exterior cracks etc!!! duh!!!

1:20 of that weak azz waterguard video… you peeps act like it FINE and DANDY that water will continue to enter the wall, as if the water won’t help deteriorate the mortar joints or blocks. Like the water won’t cause any mold or efflorescence… because many of the interior system chumps cover/hide part or most of the basement walls with cheap, incompetent plastic or vinyl crap and some even use a delta membrane against the interior walls, idiots.

So now i’m supposed to apologize for being good and honest at what I do huh? looooooool
HERE, another INTERIOR BASEMENT SYSTEM was installed… ask your dumb azz self, why are we there? WHY did the homeowners call us AFTER having the interior system installed that costs many thousands???

SEE some of the EXTERIOR CRACKS in block basement walls at 3:15 in video???

That’s why/where/how the water gets INTO the hollow blocks doodle-head!!
This is exactly what Waterguard and all interior basement systems DO NOT fix/waterproof hence, do NOT stop further water from getting into the blocks and causing mold, efflorescence on inside blocks, wow, are you peeps STOOPID.

DRILLING HOLES in block basement walls does NOT… EVER, reduce, remove, relieve ANY exterior soil pressure acting upon the wall!

DRILLING HOLES in block walls does NOT remove any possible underground tree roots that caused the cracks in the first place, nor do they remove concrete slabs or porch footing etc that sometimes settle AGAINST a basement wall and cause cracks, leaks!!! jezzzzzzzzzzzzzus

Your waterguard system and all other interior terd systems also do NOT remove tree roots that CAUSE cracks and leaky basements… like this chump… photos 3—9
http://picasaweb.google.com/101049034584960315932/BasementWaterproofing09
GREEEEENIEEEEEE, loooool, how does installing waterguard dork system remove any roots like this, how does waterguard system repair/waterproof these EXTERIOR cracks? You don’t, never have, that’s total incompetence, negligence azz ho.

Greeenie home inspectDUH and some other home inspectors here and elsewhere can kiss my stinky white azz on this subject, YOU peeps sukkk, its not me, its your incompetent, negligent sorry azz’z.

and Greenie-dumbazz-burg…** go ahead and post some real photos or videos of leaky basements where you supposedly installed Waterguard system, POST them HERE**, lets see your shtt big mouth.

Thanks Bubb for defending Mr. Anderson.

Greenie Says:
“Do some homework before you think you know everything” 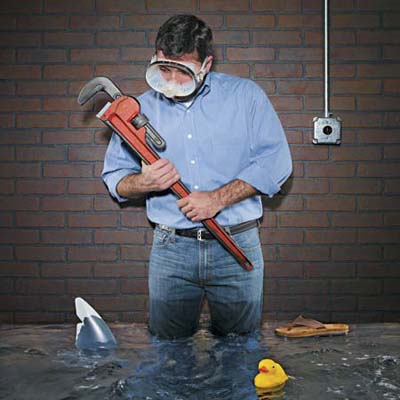 Thanks Bubb for defending Mr. Anderson.

Greenie Says:
“Do some homework before you think you know everything”

Grrrrrrrrrrrrrrrrrrrreeeeenie buddy, here, call Noah/Sterling and maybe you 2 can start your own drain tile business http://www.youtube.com/watch?v=PEiuosFyu9s

Flippy is also trying to tell ya’s, if you had a leaking roof… should you install drain tiles and sump pumps up in the attic OR, go outside on the roof and find the opening(s) where the water is getting in and then, maybe ummm, seal/repair them???

The Flipster also wants you two weeners TA TINK about, if your CAR had a leaky cracked windhshield… should you install drain tiles and a sump pump inside duh car or, umm, maybe replace duh windshield… TINK about dat ok, got milk?


Bugs Bunny, ummmm what’s up Doc? Buggsie here asks you two, if water was entering your living room, kitchen etc through cracked, deteriorated bricks and mortar joints outside… would you install an interior LIVING ROOM system and a sump pump… huh? Or maybe, I dunno, go outside and tuckpoint/repair the bricks and joints… huh, what’s up Doc?