Is this pipe PB?

Doing a practice home inspection for a friend & came across this piping beneath a bathroom sink. Wondering if it is PB? It was warped, possibly from the hot water so it was already concerning. Usually when I’ve seen PB it has markings but this did not have any. 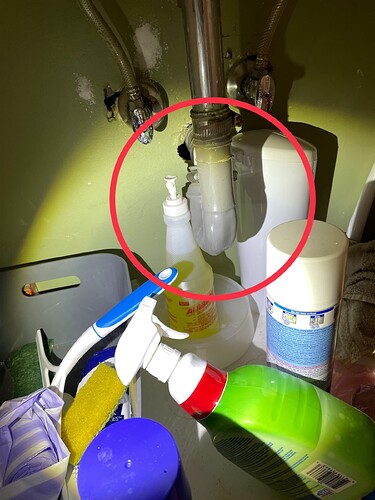 It’s not PB, but it appears that it is not a conventional plumbing drain pipe either. It’s looks like it’s a DYI find what we can and put it with pipe clamps ie. rubber or flexible compound based.

has anybody ever heard of a polybutylene drain trap ???

I believe it is this:

No, that’s not a supply pipe, but instead a drain pipe, and not PB. 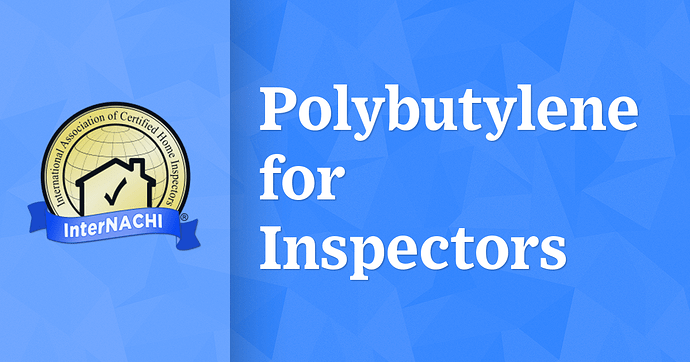 When I see those on inspections it is usually a big red flag that more poor do-it-yourself work is in the house!

that’s it. Thank you!

PB is only a concern with pressurized water distribution lines.

Paul. I would recommend smooth rigid drain pipe only. That rubber crap is prone to failure. Not the end of the world, but report worthy.

If you can buy it at your local hardware store, it must be approved! Capitalism is great!

It would not make my report. The connection between the dishwasher air gap and drain is typically rubber hose with hose clamps as well. Rubber might not last as long as PVC, but using it for drains is not a defect IMO.

Those rubber trap hoses are definitely a defect because they tend to suck closed. They are a temporary fix only I always report them as such. Hell you could use an automotive radiator hose but it wouldn’t be right.

you mean I should take the radiator hose out from under my sink???

It will probably work better than those rubber trap hoses. It’s up to you. It can work OK and still not be right. I report things that are wrong, poor workmanship, improper materials. What you do about it is not my concern.

Many lower radiator hoses either have a metal spring inside to prevent colapse or have the spring encased in the rubber.

I have a potential case of PB. Should I post my picture at the end of this thread or should I start a new thread?

I have a potential case of PB. Should I post my picture at the end of this thread or should I start a new thread?.

I would just do it here.

Go ahead and post it. No reason to start a new thread…